Learn more about the fission DC and RF sputtering source

The Fission series of magnetron sputtering sources allows users to switch between thin film DC/RF sputtering without specialised tools or lengthy downtime. The Fission deposition source is a module of the modular HEX system that uses quick-release connectors for cooling and water connections, making set-up simple and fast. The HEX system provides the framework for multiple physical vapour deposition techniques, including DC/RF sputtering.

The Fission series allows the sputtering of all solid metals, magnetic materials, insulators, and semiconductors and can even process multiple sources to grow a composite thin film.

The HEX system even supports high-power impulse magnetron sputtering (HiPIMS), resulting in the target molecules arriving at the substrate as ions instead of neutral atoms. The main advantage of HiPIMS is that it allows for excellent control over the film’s microstructure, phase composition, and optical properties. 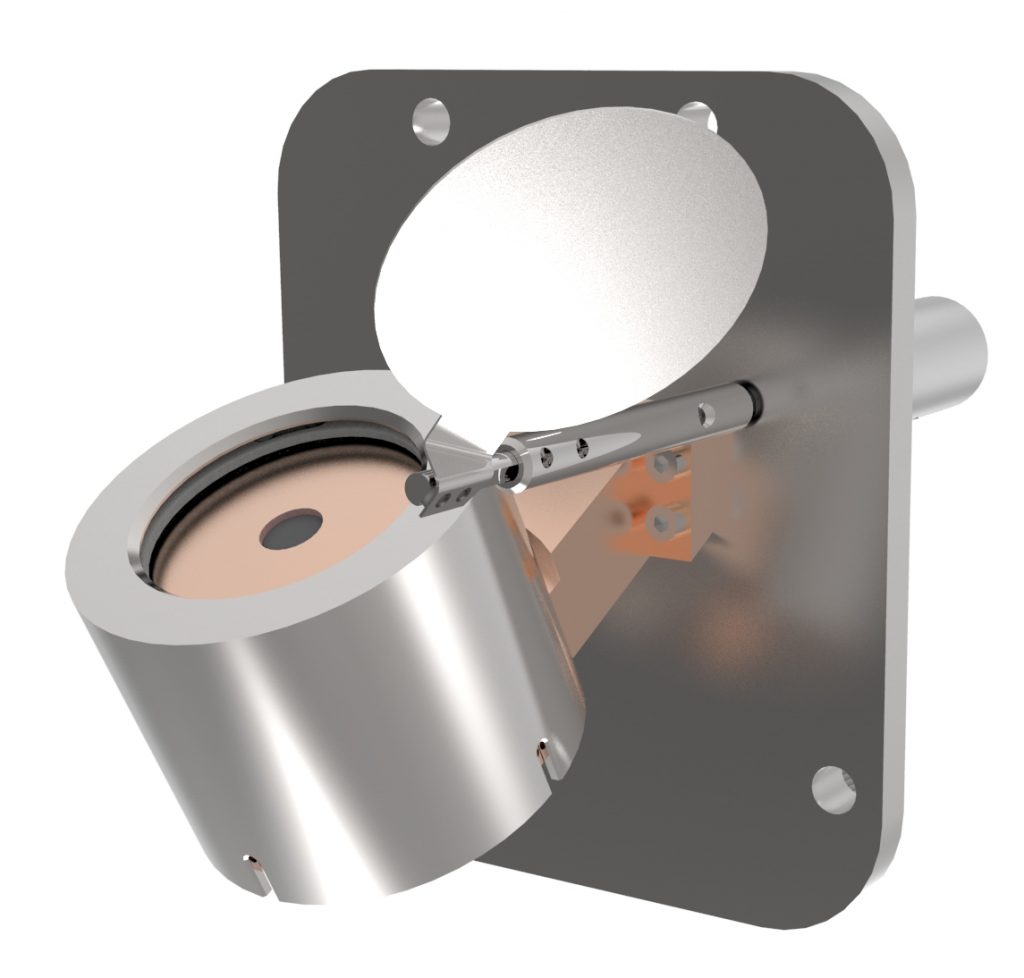 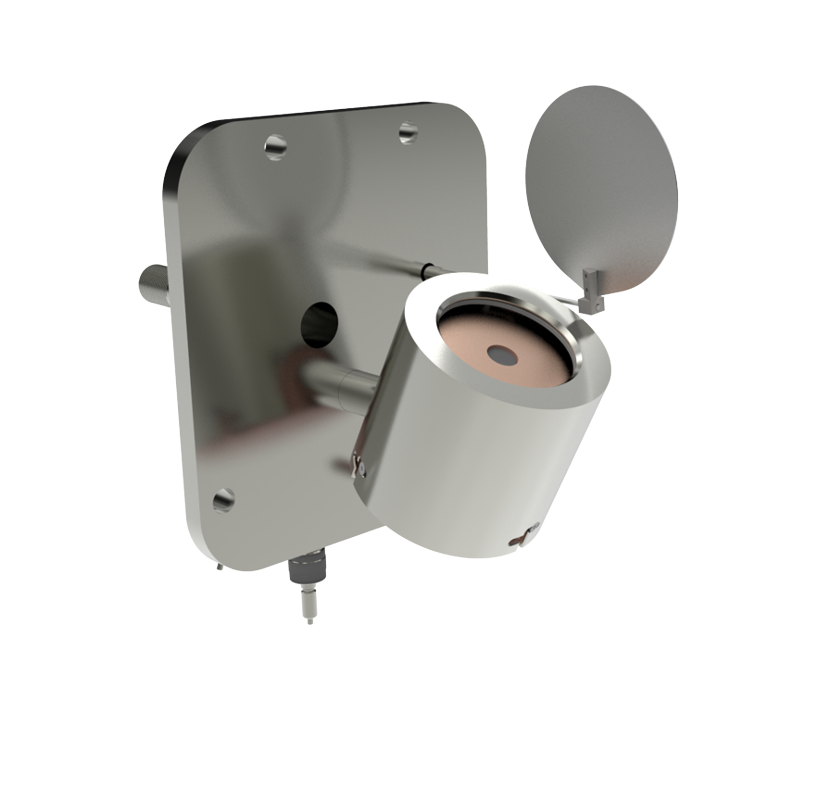 Sputter deposition is a widely-used technique for the deposition of thin films. A plasma is ignited above a negatively-biased ‘target’ which has the effect that ions are drawn from the plasma and accelerated towards the target material. On impact, the argon ions eject atoms/molecules from the surface – a process known as sputtering. The sputtered material forms a vapour, which can be re-condensed on a substrate to form a thin film.

What Is DC Sputtering?

The metal target material acts as the negative node (cathode) while the substrate acts as the positive pole (anode). A DC current passes through the system, which causes the argon gas to ionise and results in a forceful collision of the ions with the negatively-charged source metal.

While DC sputtering is a common process for conductive metals, it doesn’t work as well for dielectric target materials. These target atoms can take on a charge, leading to arcing and other disruptions to electron densities, resulting in an uneven deposition rate. The accumulation of these positive ions can even cause the entire sputtering pathway to cease functioning, resulting in the need for a reset.

Physical vapour deposition (PVD) is a common technique to produce thin films that coat the surface of a particular substrate. Different PVD methods tend to vary in how they produce the vapourised atoms on the source material, with the two main categories being evaporation and sputtering.

Evaporative methods use heat and vacuum pressure to atomise the target surface material, while sputtering uses a variety of tools, usually involving ion bombardment, to knock atoms (sputter) off the target material into plasma which then coats the substrate in a thin film.

What Is RF Sputtering?

The radio frequency (RF) sputtering process is an evolution of DC sputtering that aims to address unwanted charge build-up that happens with some sputtering target materials. This charge build-up can be very disruptive and may result in quality control concerns during film formation.

RF sputtering alternates the potential of the current in the vacuum environment by using a high-voltage RF source. This alternating current avoids the build-up of charged plasma particles and gas ionisation, essentially “cleaning up” the charge build-up after every cycle. If the first cycle uses a negatively-charged target material, the ionised gas ions remain at the anode at the end of the cycle.

The next cycle uses reverse polarisation to change the charge on the target and substrate, resulting in positively-charged sputtering gas atoms that move towards the negatively-charged substrate.

The main drawback of RF sputtering compared to pulsed DC sputtering is a significantly lower deposition rate and a much higher power requirement. The deposition rate is improvable with a strong magnetic field along the power source to keep the charged plasma discharge closer to the metallic target surface. The technique also draws a lot of power, which is why most RF power supplies can provide up to 1,000V to generate the correct signal.

Another drawback is that any RF sputtering source needs an impedance matching network between the vacuum chamber and the RF power supply equipment. This network prevents interference from the RF discharge that may reduce the overall sputtering rate.

Most RF sputtering takes place using a frequency of 13.5 MHz. Power supplies often use 300 W and 1,000 to generate this frequency.

High-power impulse magnetron sputtering (HiPIMS) is thin film deposition from standard magnetrons using pulsed plasma discharges. In this process, a majority of the material from the deposition process reaches the substrate as ions instead of neutrals.

The high ionization of the deposition material leads to smoother and denser films. This process allows more control over their mechanical and optical properties, as well as their phase composition and microstructure. The HEX DC Fission source is able to integrate with Ionautics 1 kW HiPIMS unit, making it suitable for academic and industrial research.

For further information on HiPIMS, visit Ionautics. Please contact us at Korvus Technology for more information on our HEX system and its industrial and research applications.