The Difference Between Crystalline and Thin Film Solar Panels Explained

With economic, inflation and environmental concerns worldwide, many consumers and organisations are looking for technology that offers lower costs, high efficiency, and maximum electrical output.

Many are looking up — literally and figuratively — towards the most obvious choice: the sun’s energy. “In 2020, global [photovoltaic] PV power capacity grew by over 138 GW and reached 773.2 GW. Solar PV capacity has grown by nearly 500 times since 2000.” [1] Solar panel energy and photovoltaic cells provide a solution for societies to generate clean energy and ensure future energy security. [2]

While the solar industry has been around for decades, two types of silicon panel using new technology are emerging as the most viable options: thin-film solar cells and crystalline silicon modules. But between these two options, what are the main things to consider with crystalline vs thin film solar panels? Thin film panels are increasingly becoming popular in the solar panel industry as deposition systems and other technology becomes more commonplace and widely accepted. Several thin film modules that require less silicon in the manufacturing process are competing for the spotlight and looking to edge out c-Si.

Currently, cadmium telluride (CdTe) holds the largest share of the market and has witnessed the most steady improvements, especially in terms of low cost and easier installation. “The highest reported efficiency of the CdTe solar cell is 17.3% [2].

Amorphous Silicon (a-Si) is the next most popular photovoltaic panel and is stronger than CdTe, but it is commonly used for smaller electronics over large-scale projects. These modules’ efficiency ranges between 5.9–9% but can be as high as 13.8% [1].

This single crystal cell is another contender in the thin film cell category being tested for its technology applications. It can stack with other thin film photovoltaic cells for maximum light absorption and increased efficiency, allowing it to “…make outstanding components for such tandems. Tandem solar cells using perovskites and silicon have reached a record efficiency level of over 29 percent, considerably higher than that of individual cells made of perovskite (25.7 percent) or silicon (26.7 percent). [3]“

What Are The Advantages of Thin Film Over Crystalline Solar Panels?

Thin film panels are starting to bridge the price gap by replacing silicon with other rare materials like cadmium and indium and offer more flexibility and portability. Thin layer solar panels are also ideal for space use due to their higher efficient semiconductor material and radiation tolerance. Modern panels also have lower temperature coefficients than crystalline panels, offering durability as a trade for its pricing.

The potential for thin film technologies like perovskite gives these panels a definite advantage for large-scale functionality. Energy efficiency of 25% allows solar cells installed on buildings, cars, and portable equipment. A thin film solar cell panel could even be folded and stored when needed, making them a promising candidate for solar blinds [3].

What Are The Advantages of Crystalline Over Thin Film Solar Panels?

Monocrystalline panels and polycrystalline panels have several advantages over thin film cells, with two being the most crucial — they are more durable, lasting 30+ years, and have a 20% efficiency (compared to thin film’s 10%). Crystalline silicon panels are also more cost-efficient than thin film technology currently, requiring a lower production process to complete. A c-SI solar panel is more environmentally friendly than a thin film PV panel as it contains no harmful materials that thin film silicon cells may have.

Crystalline solar panels win the price gap over thin film manufacturers. They are more affordable and efficient, offering a wide array of uses in the commercial, industrial, and residential sectors at a lower cost. The durability of c-Si also makes it the perfect candidate for extreme heat or temperature variants as it loses approximately 1% of power output annually. 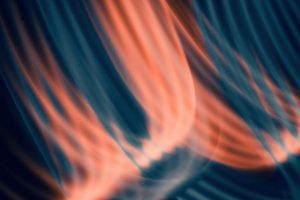 Thin film panels contain cadmium, a known carcinogen that can harm people. Recycling and disposing of toxic cadmium also presents issues [2]. And yet, there is a silver lining: “Although pollutants and toxic substances are emitted during [the PV manufacturing process], life cycle emissions are low. For example, the life cycle emissions of thin-film CdTe are roughly 14 g CO2e per kWh delivered, far below electricity sources such as coal (1,001 g CO2e/kWh)” [2].

Still, when it comes to crystalline vs thin film solar panels, most photovoltaic cells are more sustainable and “….on average consume less water to generate electricity (26 gallons per MWh), compared to non-renewable technologies such as coal (687 gallons per MWh)” [2].

The solar panel industry and its innovative technology show progress as “new PV installations grew by 18% in 2020 and accounted for 39% of global power plant capacity additions” [1].

In the consideration between crystalline and thin film solar panels, it truly comes down to your personal or business needs and how you plan to use their functionality. While thin film panels are still catching up to polycrystalline panels and monocrystalline panels, their technology is progressing rapidly to equal (or even rival) them. We may see thin film modules become more cost-effective than crystalline silicon panels as the technology advances to reduce manufacturing costs and address environmental concerns.

Now is the ideal time to see how solar cell panels can benefit your organisation and increase its overall energy usage. Go ahead and explore our other post on this topic: Thin Film Solar Cells and Solar Panels: Everything You Need To Know.