PVD in the Development of Solid-State Thin-Film Batteries

Physical vapour deposition (PVD) is an emerging technology that improves the manufacturing process for batteries, including lithium batteries as an alternative to lithium-ion batteries in modern electronics. A solid-state thin-film battery can be safer, smaller, and less expensive. However, the batteries depend on films that can be less than a micron thick, made of highly purified materials, making them dependent on innovative technologies based on PVD.

The manufacture of thin-film batteries depends on scarce materials such as lithium. Loss of raw materials during the process adds to the cost of batteries and other electronic components. Physical vapour deposition is one of many revolutionary technologies that streamline manufacturing across numerous industries and applications.

This article will break down the use of PVD in the development of solid-state batteries.

What Is a Solid-State Battery?

A solid-state thin-film battery is a storage device for electrical energy. Unlike older technologies based on liquid materials, such as lead-acid batteries and lithium-ion batteries, a solid-state battery uses different battery chemistries, electrolyte materials, conductive materials, and other components. 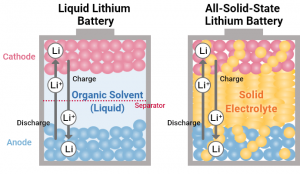 Solid-state batteries, on the other hand, use solid electrolytes that avoid safety concerns and performance issues that limit the usability of earlier battery technologies, such as lithium-ion batteries.

These batteries consist of layers of materials, such as lithium. As with older batteries, materials lose or accept electrons, allowing the flow of electrical energy when the battery discharges or takes on a charge.

Barrier layers in thin-film batteries control the movement of electrons and prevent the battery from short-circuiting.

The solidity and flexible polymers of thin-film batteries give engineers more design options for portable electronics, where optimal use of space is crucial.

How Are Thin-Film Batteries Made Using PVD?

PVD and solid-state batteries involve creating layers of conductors, insulators, and electrolytes that perform crucial roles in the battery. PVD allows the manufacturer to use different techniques for each layer without disrupting existing layers.

PVD stands for physical vapour deposition: the process manufacturers use to create a thin layer of a material. PVD technology reduces waste and increases the purity of lithium layers in the thin-film battery.

During the PVD process, the material is converted into a gas and directed toward the substrate. The material deposits on the substrate at a rate of one or more nanometers per second. Manufacturers have precise control over the thickness of the deposition layer and achieve higher energy densities and electrochemical performance. 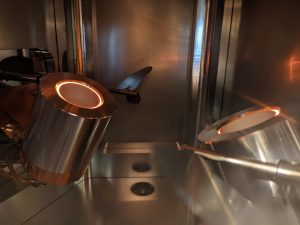 Without PVD, manufacturers could not create thin pure layers, so batteries would be bulkier and less efficient.

The precision of PVD allows for 3D-printed batteries that manufacturers integrate into smart cards and power supply components. The high electrochemical performances of PVD layers and their versatility make thin-film deposition important for developing Internet of Things (IoT) devices with thin-film batteries.

The process is most effective when the material melts and evaporates easily. A hard vacuum will improve the process by reducing the concentration of impurities in the thin films.

Thermal evaporation is not the only PVD coating process. Other techniques create thin coatings without generating too much heat.

Pulsed laser deposition (PLD) uses a laser beam to vaporize the material. Manufacturers can precisely control the delivery of energy to the material. PLD makes the transfer process more effective and reduces the lithium needed to make the film.

RF magnetron sputtering [2] creates a plasma of inert gas [3] and uses the ions to disrupt the coating material, spraying it onto the substrate. The RF field in RF sputtering causes the material to cover a defined surface area of the substrate.

What Materials Go Into Making Solid-State Thin-Film Batteries With PVD?

Batteries generate current by transferring electrical current between the electrodes, from the anode materials to the cathode materials.

Anode materials: A thin film of metallic lithium is the typical anode material for its safety and high negative electrochemical potential.

A physical separation interface (an electrical insulator) prevents the anode and cathode from touching and short-circuiting the battery. The barrier serves as a solid electrolyte, such as LiPON or related compounds with high conductivity of lithium ions, despite its low electronic conductivity. The barrier consists of a polymer such as a polyether, vinyl alcohol, or polycarbonates, or an efficient ion conductor, good electrical insulator, and solid-state electrolyte interface [4], such as:

How Korvus Technology Can Help 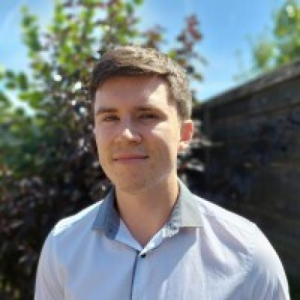